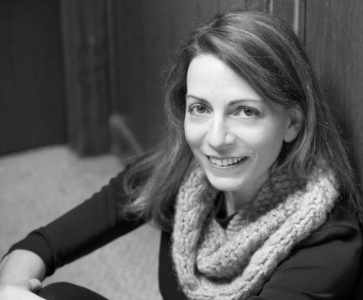 Pulitzer Prize-winning poet Peter Balakian will serve as the evening’s master of ceremonies.

Barba was the 2018 recipient of the award for her book of poems Fair Sun. The prize is given to the best literary work in English by a writer of Armenian descent, and is made possible by a generous gift from an anonymous donor. Susan Barba was born in Morristown, N.J. and educated at Dartmouth College. She earned an MFA from Boston University, and a PhD in comparative literature from Harvard University. Her first book of poems Fair Sun was published in 2017 by David R. Godine Publishers. She is also a co-editor of I Want to Live: Poems of Shushanik Kurghinian (2005). Her poems have appeared in Poetry, The Hudson Review, The Yale Review, Antioch Review, Raritan and other journals. Her translations from Armenian have appeared in Words Without Borders and Ararat. Barba is a senior editor for The New York Review of Books.

The Anahid Award was founded in 1988 to honor emerging Armenian-American writers. The prize is given by the Armenian Center at Columbia University and comes with an award of $5,000. Since its founding, there have been more than a dozen winners in poetry, fiction, playwriting and screenwriting, including Leslie Ayvazian, Peter Balakian, Eric Bogosian, Atom Egoyan, Diana Der Hovanessian, Aris Janigian, Nancy Kricorian, Micheline Aharonian Marcom, Arthur Nersesian and Patricia Sarrafian Ward.

The event is free and open to the public. A reception will follow.

RSVPs should be directed to Dr. Khatchig Mouradian, lecturer in Armenian Studies, at km3253@columbia.edu.