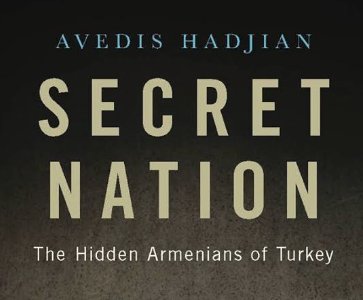 SYNOPSIS: It has long been assumed that no Armenian presence remained in eastern Turkey after the 1915 massacres. As a result of the Armenian Genocide, those who survived in Anatolia were assimilated as Muslims, with most losing all traces of their Christian identity.

In fact, some did survive and together with their children managed during the last century to conceal their origins. Many of these survivors were orphans, adopted by Turks, only discovering their `true' identity late into their adult lives. Outwardly, they are Turks or Kurds and while some are practising Muslims, others continue to uphold Christian and Armenian traditions behind closed doors.

In recent years, a growing number of `secret Armenians' have begun to emerge from the shadows. Spurred by the bold voices of journalists like Hrant Dink, the Armenian newspaper editor murdered in Istanbul in 2007, the pull towards freedom of speech and soul-searching are taking hold across the region. Avedis Hadjian has travelled to the towns and villages once densely populated by Armenians, recording stories of survival and discovery from those who remain in a region that is deemed unsafe for the people who once lived there.

This book takes the reader to the heart of these hidden communities for the first time, unearthing their unique heritage and identity. Revealing the lives of a peoples that have been trapped in a history of denial for more than a century, Secret Nation is essential reading for anyone with an interest in the aftermath of the Armenian Genocide in the very places where the events occurred.

SPEAKER BACKGROUND: Avedis Hadjian is a journalist and writer based in Venice. His writing has appeared in the Los Angeles Times, Bloomberg News, and Le Monde Diplomatique, among other international news outlets. His work as a correspondent has taken him to Eastern Europe, the former Soviet Union, China, the Caucasus, Turkey, and Latin America. He was educated in Buenos Aires and Cambridge.

BACKGROUND: The CAIA is organising another course to meet the demand from the community, thanks to a small grant from ‘Ealing Adult Education Department’. The course is also open and suitable to anyone with an interest in history, culture, and heritage.

- A better understanding of Armenian history, culture and heritage

- An opportunity for families to learn together about their past

This course is designed by way of introduction to increase knowledge of Armenian history, culture, identity & dispersion and to enable adults/young people to understand better about where, why and how Armenians have arrived in UK and the challenges facing them.

DETAILS: To attend, please send us an email in advance (info@caia.org.uk) booking your place. Full registration on the day with your passport number. You can print out and bring the filled in registration form with you as well - download it here: http://bit.do/armenian

This is a free course in English open for anyone. However, you must register and complete a feedback evaluation form at the end of each session.