Swallows and Armenians - Flying the Nest!

Karen Babayan in conjunction with the Maritime Centre, Northumberland, UK 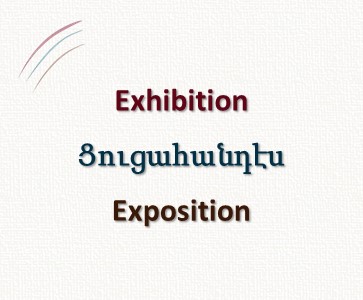 Swallows and Armenians is a touring exhibition of multi-media, contemporary and historic art which resumes its tour in the North of England from the 2nd Sept-31st Oct. The exhibition explores the important story of the Altounyan children, an Anglo-Armenian family from Aleppo, Syria who were the catalyst, inspiration and models for the iconic children’s book Swallows and Amazons by Arthur Ransome. He later denied and suppressed their involvement so subsequently their multi-ethnic background was forgotten, and the children portrayed as 'quintessentially English' in the book and subsequent films. This project brings them back to their rightful place, at the birth of a book that has become a classic of children's literature and an important part of English Lake District mythology.

Contemporary works in paint, digital print on aluminium, text works, book works, objects and film by Karen Babayan are shown alongside a small collection of extraordinary historic portraits from the Guzelian family collection.

Swallows and Armenians is also a book of short stories by Babayan that brings the family's language, food, culture and characters to life. It explores their relationship with Arthur Ransome evidenced through diary extracts and letters from public archives, conversations with family members and collection curators. The book has an introduction by Dr Susan Pattie and preface by Dr Vicki Bertram. and is available online from www.karenbabayan.com

Finally, a recently recorded audiobook will also be available from audible.co.uk during the course of this exhibition. Narrated by Persia Babayan-Taylor, it includes original music written and performed by this versatile young actor-musician.

Karen Babayan is a multi-disciplinary artist whose work engages with audiences through the visual and performing arts and creative writing. She was born in Iran to Armenian-British parents, moving to the UK in 1978. Latterly she lived in the Hyde Park area of Leeds, a stone’s throw away from the house in which Arthur Ransome was born. She has lived in Cumbria since 2009.