Presencing an Absence: Accountability and Memory in the Aftermath of the Armenian Genocide by Dr Armen T Marsoobian 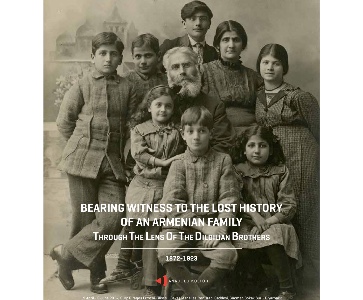 The erasure of most signs of the Armenian presence in its historic homeland was particularly pronounced during and after the genocide. Tentative steps of redress have taken place in the last decade, both within and outside of Turkey. A number of memory projects employing a variety of media to repair this cultural loss have taken place. These along with my own decade-long memory project employing family memoir and photography will be described. These projects both personalize the trauma and highlight the resilience of Armenians. My project is based upon an historic archive of Ottoman-era photographs, glass negatives, drawings, and original documents preserved by the Dildilian family, many of whose members were professional photographers. Based upon extensive memoirs, a richly illustrated narrative of this extended family was recreated.

Armen T. Marsoobian is Professor and Chair of Philosophy at Southern Connecticut State University and editor of the journal Metaphilosophy. He publishes in American Philosophy, aesthetics, moral philosophy and genocide studies, co-editing seven books, most recently, Multidisciplinary Perspectives on Genocide and Memory. His award-winning book, Fragments of a Lost Homeland: Remembering Armenia, is based upon extensive research about his family. A companion volume, Reimagining a Lost Armenian Home: The Dildilian Photography Collection was recently published. Exhibitions based on the collection were mounted in Turkey, Armenia, Great Britain and the United States.