Architects of the Armenian Genocide: The Top Level Perpetrators 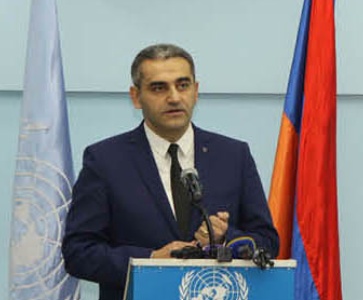 He is the Head of the UNESCO Chair on Prevention of Genocide and Other Atrocity Crimes at Yerevan State University and Head of the Department of Comparative Genocide Studies at the Armenian Genocide Museum-Institute (Yerevan). He is also a Visiting lecturer at the American University of Armenia. He has been a Fulbright Scholar at the Center for the Study of Genocide and Human Rights at the Rutgers University of New Jersey.

In the upper circle of perpetrators of the Armenian Genocide were decision-makers. They were responsible for the formulation of the ideology of the genocide (Ziya Gökalp, Yusuf Akçura), making the decisions on carrying out the genocide (Mehmet Talaat, Ismail Enver) and supervising the course of the massacres (Mehmed Nâzım, Behaeedin Şakir). Decision-makers sent hundreds of thousands of people to death, often times without participating in their killings personally.

The perpetrators of this level were high ranking state officials, party elites, and a few influential individuals, who had a decisive role in masterminding the Armenian Genocide.