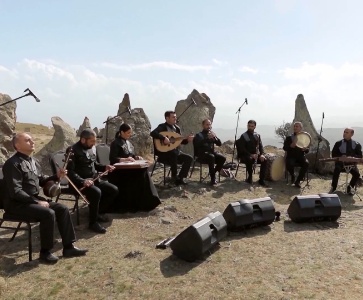 The Ensemble has been touring the world with sold-out concerts at major festivals and concert halls in Europe, Australia, the Middle East, Russia, and South America. The Ensemble has performed in such prestigious festivals and venues as the Elbphilharmonie in Hamburg, the Boulez hall in Berlin, the Bozar Center in Brussels, the Holland Festival, the Morgenland Festival in Germany, the Albert Hall in Canberra, the Imago Dei Festival in Austria, the Gulbenkian Hall in Lisbon and many others.