Diaspora Identity and a New Generation 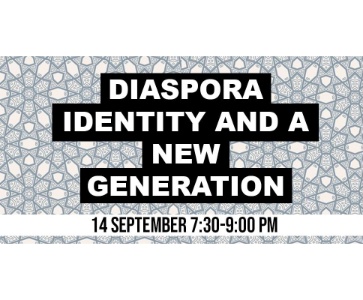 Diaspora Identity and a New Generation: How today's diasporic Armenian youth re-negotiate past traumas relating to notions of homeland.

Young people in the Armenian diaspora today have grown up with the emergence of a fragile nation-state, which since 1991 has represented a form of collective goal fulfilment, accompanied at times by disillusionment in the national myth of the homeland as a place of sanctuary. Over the same period, new ways of engaging with notions of homeland and collective memory have exploded through the growth of online platforms and travel opportunities. In this talk we present the findings of an interview-based research project we conducted in Armenian diaspora communities in the UK, France and Russia in 2017, arguing that the diasporic experiences of young Armenians of diverse backgrounds today can differ significantly from those of previous generations. As we shall illustrate, clashes between recalled encounters and myths concerning the politics and culture of the independent Armenian state can render it a place of partial belonging, unable to fulfil the ideals of the diasporic imagination. Furthermore, social media provide a mobilising but potentially critical, self-reflective and politically ambivalent space for engaging with notions of homeland and the collective past and enacting diasporic identities. Participants in the research related to the events of the genocide and the Nagorny Karabakh war through transmitted collective memories but also negotiated them in new ways. Their experiences of identity shed light on how the new generation of diasporic Armenians defines itself in relation to the past; how this past is (re)made present in their interpretations of the Karabakh conflict and in everyday behaviours; and how diasporic youth experience the dilemmas of “moving on” from traumatic narratives that for a long time have been seen as foundational to their identity.

The findings of this research have been published in peer-reviewed articles in the journals Ethnicities and Nationalities Papers. For a discussion of the interaction between memory and myth in how young Armenians in diaspora relate to the homeland, see “Growing up with a long-awaited nation-state: Personal struggles with the homeland among young diasporic Armenians”, available here. For an exploration of the renegotiation of the collective traumas of the past, see “Diaspora identity and a new generation: Armenian diaspora youth on the genocide and the Karabakh war”.

Dmitry Chernobrov is a Lecturer in Media and International Politics (University of Sheffield) whose research focuses on identity, collective memory, emotion, and public opinion. His writing includes the book Public Perception of International Crises (2019) and a number of articles on the Armenian diaspora, identity politics, and conflict.

Leila Wilmers is a Visiting Scholar in the Sociology Department at Cornell University. Her research interests are in nationalism, identity and collective memory, with a particular focus on the post-Soviet region. Her current work explores local narratives of the nation’s continuity in rapidly evolving cities in Russia.